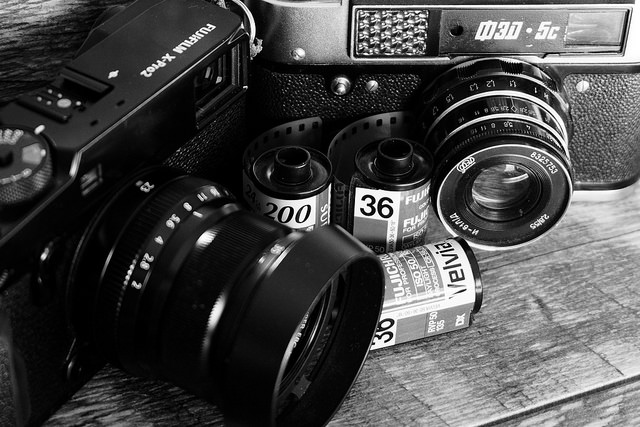 The last new Film Simulation that Fujifilm created was Eterna, which right now is only found on the X-H1 and the X-T3. My guess is that all future X-Trans IV sensor cameras will include it. I’m a little surprised that some of the X-Trans III cameras were not given Eterna through firmware updates, but Fujifilm elected not to do that. There’s been talk and rumors that Fujifilm has been working on another new Film Simulation. I thought it might be fun to speculate what it might be, which is something I did a little over a year ago prior to Eterna being announced. I’m not sure if this new future film simulation will be made available on a camera next year or sometime later or even at all. It’s all speculation, but it’s amusing to guess.

With the current film simulation offerings that Fujifilm provides, it’s possible to create all sorts of different looks. The settings can be customized to mimic many different aesthetics. I don’t think that there is necessarily a big need for a new film simulation, but I do have some good ideas for looks that can’t be achieved with the current offerings (or, at least, I haven’t figured it out yet). I wouldn’t want them to come up with something that can be made with what’s already there, but instead create something that can’t currently be accomplished.

My first choice for a new film simulation is Fujifilm 400H overexposed. This film, when exposed a little brighter, has a pastel color palette that’s quite unique. While 400H film isn’t anything special when exposed correctly, add a stop to the exposure and watch the magic happen! I think it would be great if Fujifilm figured out how to recreate this look with their digital cameras.

How about color infrared? While it would be cool if Fujifilm cameras had a removable IR filter like Sigma cameras, I think it would be interesting if they offered a convincing faux infrared film simulation. I mean, people spend a lot of money converting their cameras to IR, so why not offer an easier solution?

While I created a cross-process recipe, I think it would be fun if Fujifilm offered a Velvia cross-process film simulation. This would be bright, bold and funky. I would certainly use it, maybe frequently. I used to cross-process actual Velvia film back in the day. It would be nice to easily achieve the same look in-camera.

I think, lastly, perhaps a Polaroid aesthetic of some sort would make a good film simulation. That would be unexpected, but more useful than it might initially sound. For example, when I used to use Alien Skin Exposure software, one of my go-to looks was a Polaroid film preset. So there’s potential for something great if done right.

There really isn’t a big need for new film simulations, but I would welcome anything that they come up with. Fujifilm has the opportunity to think outside of the box and create something that’s unusual and wonderful, but will they? Acros and Classic Chrome are great examples of what the masterminds at Fujifilm’s lab are capable of, so maybe they will. I suppose we might have an answer in a year or two.

Now it’s your turn! What film would you like to see Fujifilm’s next film simulation based off of? It can be one that I suggested or your own idea. Let me know in the comments. I look forward to hearing your ideas!