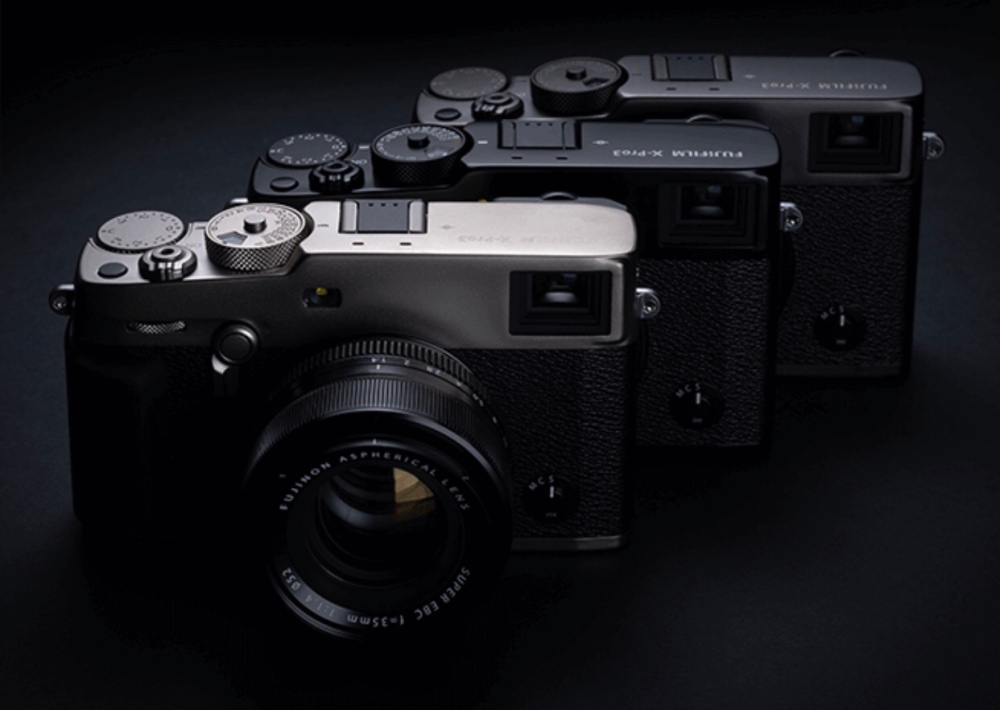 Fujifilm just announced the upcoming X-Pro3! It will be released on November 29 with an MSRP of $1,800 (body only), or December 13 for the Dura versions, which will have an MSRP of $2,000. This new iteration of the X-Pro camera is much different than the previous two, at least on the inside and back. There are a lot of changes and new features, so let’s take a look at those.

The Fujifilm X-Pro3 has an unusual tilt screen, which is mounted backwards and flips down for waist-level shooting. On the back of the screen, which faces out when the screen is closed, is a small screen that displays some exposure and film simulation information. The idea is that most X-Pro3 users will primarily use the viewfinder and not the LCD for composing. It’s also a way to further differentiate this camera from the X-T3. I think it’s either something you’ll love or hate, and I’m still on the fence with how I feel about it, but I’m leaning towards love. I haven’t had my hands on one to know for sure what I think about it. 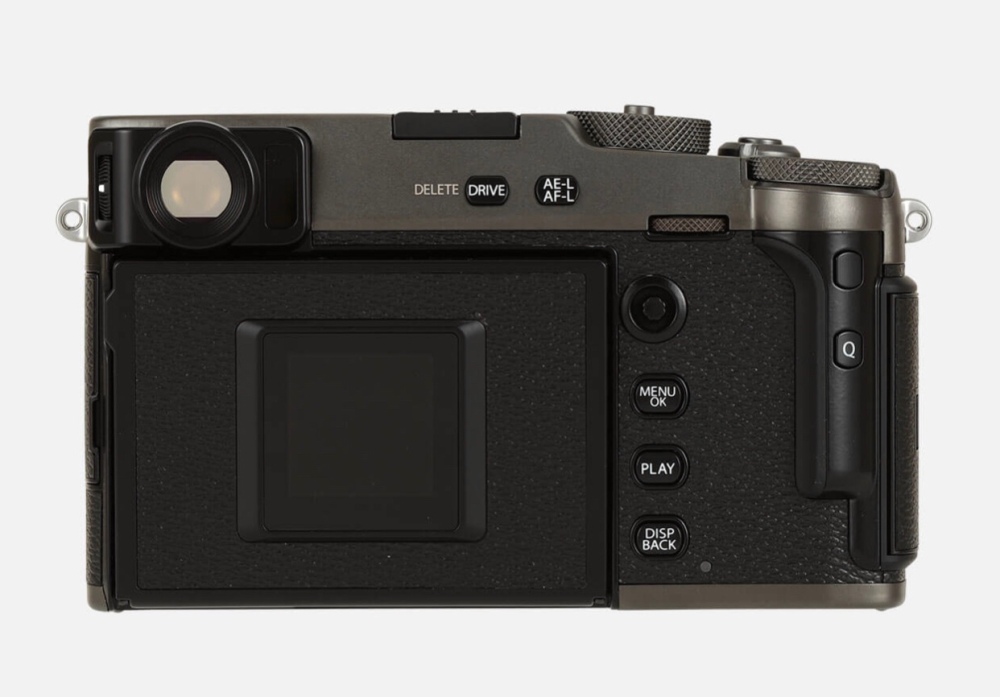 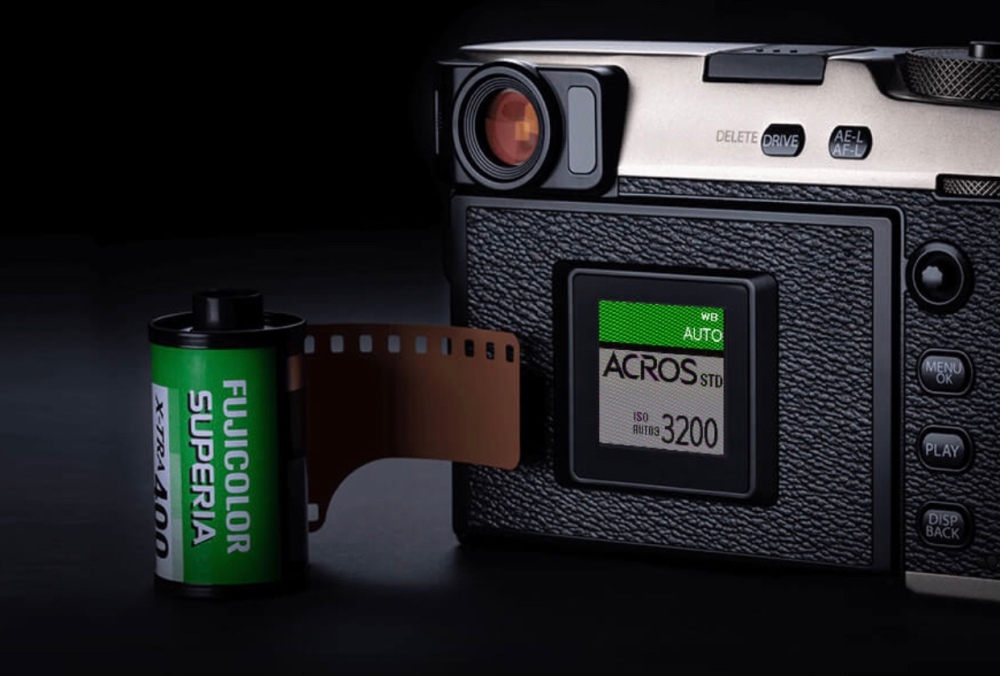 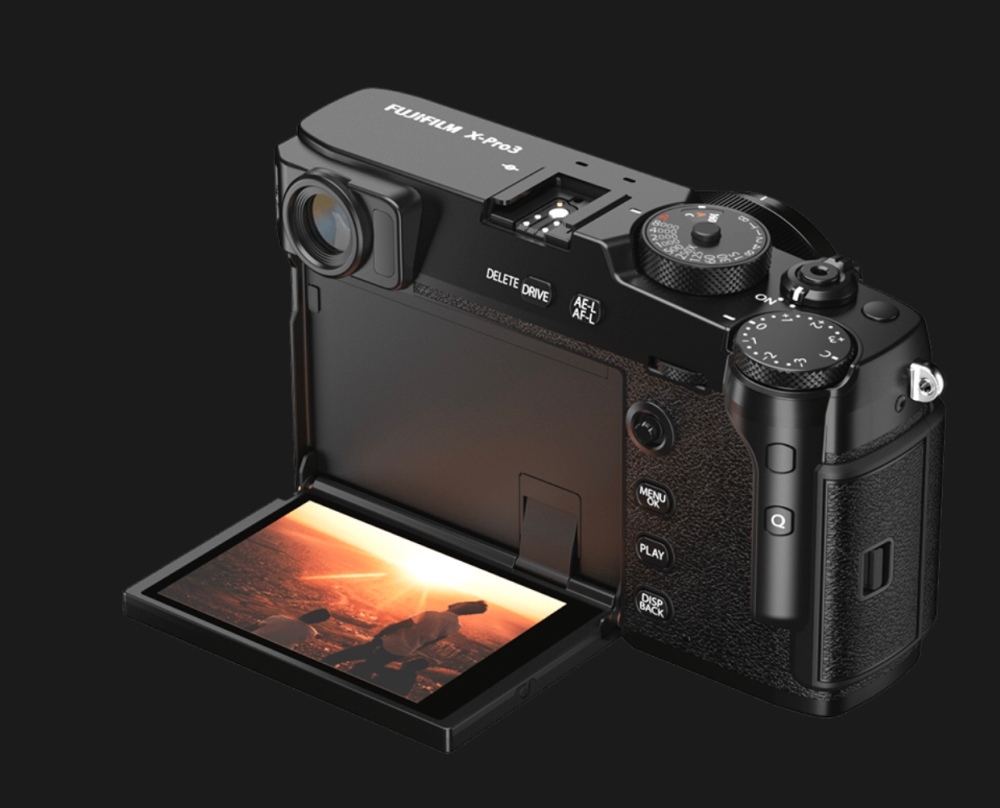 Besides the unusual screen, Fujifilm did away with the four-way D-Pad on the back. They also re-arranged some of the buttons. The wonderful hybrid viewfinder has been improved. The camera is now made out of titanium. While the rear is clearly different, the front of the camera looks nearly identical to past models, and internally there are some big changes.

The X-Pro3 includes a new film simulation called Classic Negative. It’s supposed to mimic the look of Superia film. I’m pretty excited about Classic Negative, as I’m sure that I could create several great film simulation recipes using it. I think it might become one of my favorites, just looking at the sample images I’ve seen. There’s a good chance that it will be added to the X-T3 and X-T30 via a firmware update in the coming weeks or months, so I’m looking forward to that. 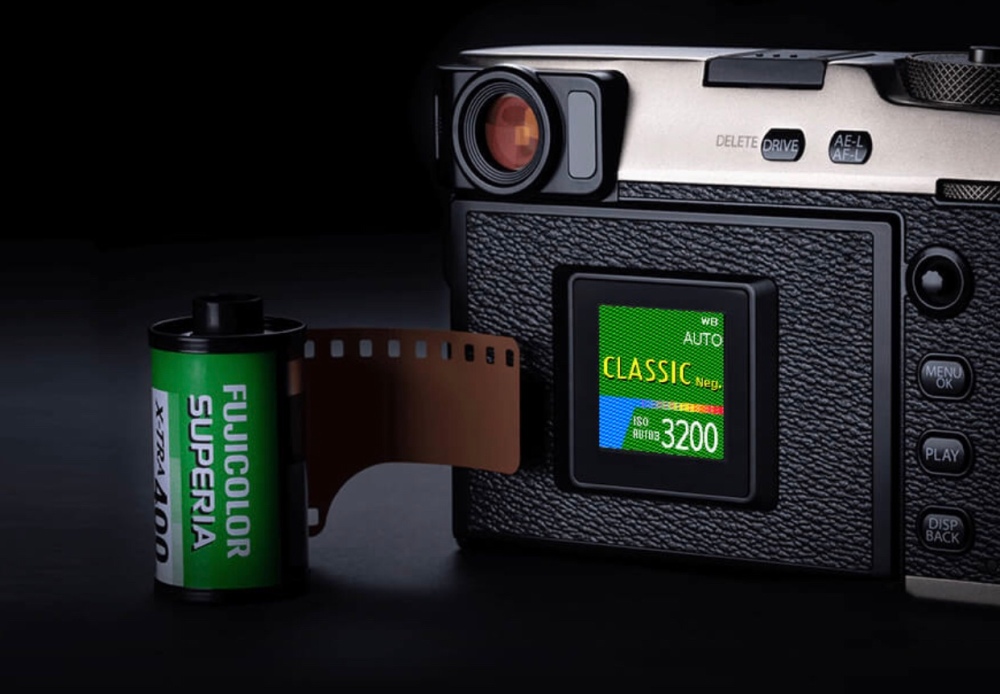 There are a ton of other new features on the X-Pro3. The headline is improved auto-focus over the X-T3 and X-T30, although Fujifilm will likely give this new algorithm to the other two cameras soon. It’s supposed to be pretty darn excellent, but I already find the X-T30 to be excellent, so it’s hard to understand how much room for improvement there could be.

The X-Pro3 has a new HDR feature, which can combine and auto-align hand-held pictures. It has much more robust multiple-exposure options, for those who do double or triple (or now up to nine) exposures. There’s a new Clarity feature. There’s a new Curves option, but it’s my understanding that it’s simply a different way to see how Highlight and Shadow adjustments effect the image. B&W toning, instead of just the warm and cool slider found on the X-T3 and X-T30, is now more like white balance shift. On the X-Pro3 you can now change the size of the faux grain, not just the intensity. I hope that all of these new features will be added to the X-T3 and X-T30 in the future, but I don’t know if they will, or perhaps just some of them. It’s clear that the X-Pro3 has some great new options to help you achieve your desired look straight out of camera. 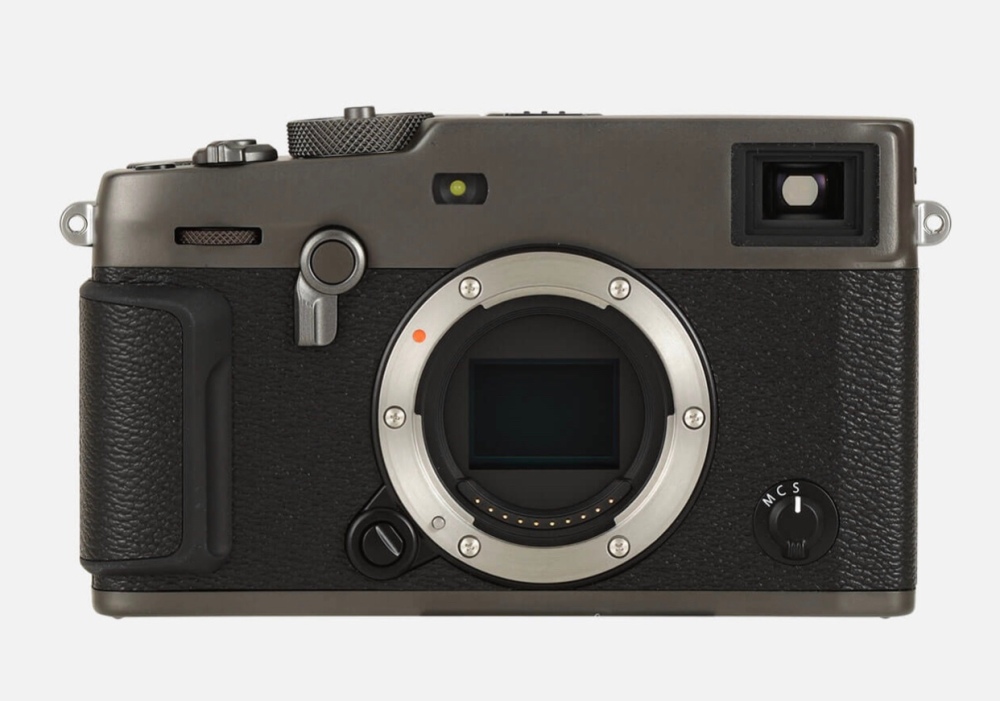 My opinion is that Fujifilm gave the X-Pro line a nice update with the X-Pro3. It’s essentially an X-T3, but better looking, tougher, and with some interesting new features. They’ve made it clear that this camera is about the experience of using it. If you enjoy composing through a viewfinder and not an LCD, and if you use camera-made JPEGs, the X-Pro3 was designed with you in mind. Thanks to the titanium body, it’s tough, and made to take a lickin’ and keep on tickin’ and not even get scratched (if you upgrade to one of the Dura models). It’s a camera you’ll want to buy and keep around for awhile, and not dump as soon as the next model comes out. It’s an old-school photographer’s tool, but it’s certainly not for everyone.

If you’d like to pre-order the X-Pro3, please use my affiliate links below. If you make a purchase using my links, I will be compensated a small amount for it. Nobody pays me to write the articles you find here, so using my affiliate links is a great way to support this website. The upcoming Fujifilm X-Pro3, which will feature an unusual rear screen, will have a new film simulation called Classic Negative, which is supposed to resemble Superia film, according to Fujifilm. I get a lot of requests for Superia, so I’m very happy to see this as a new film simulation. Yea!

Fujirumors stated that the X-Pro3 will have some additional adjustments for in-camera RAW processing, such as Clarity. I welcome this because the more tools that Fujifilm provides, the more easily I can achieve a desired look in-camera. Fujifilm is one of only a few companies that take camera-made JPEGs seriously, and is one of the big reasons why I appreciate their products. Shooting JPEGs saves me so much time, allowing my photography to be more productive while simultaneously allowing me to spend more time elsewhere, such as with my family.

I hope that Fujifilm makes these things–the Classic Negative film simulation and the additional tools–available to other cameras, such as the X-T3 and X-T30, which share the same sensor and processor as the upcoming X-Pro3. There is, according to Fujirumors, some big firmware updates on the horizon, and I hope that these are a part of that. Sometimes, when a new feature is included in a new camera, Fujifilm will update older cameras to include it as well, and sometimes they don’t. So it’s really hard to know. I will keep my fingers crossed. 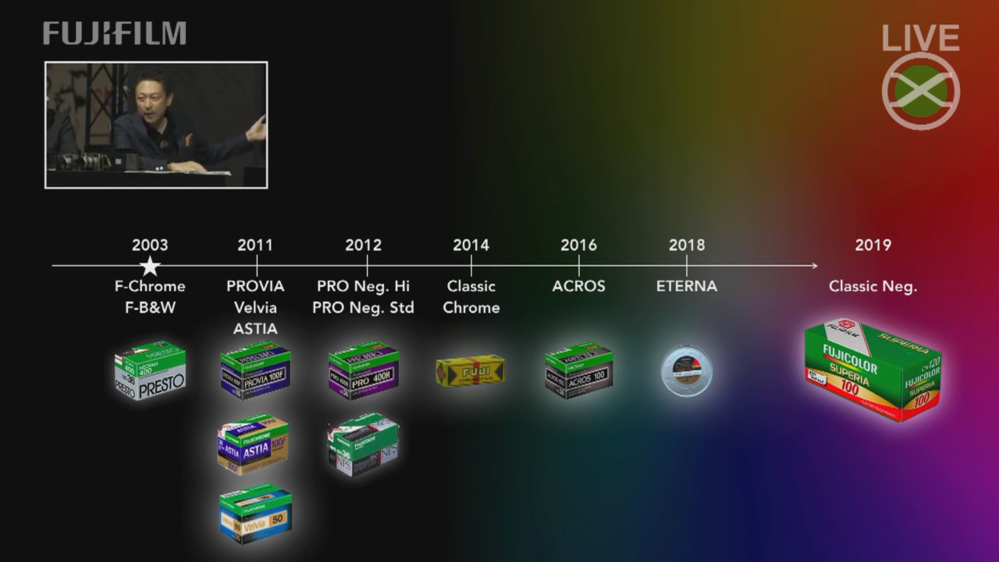 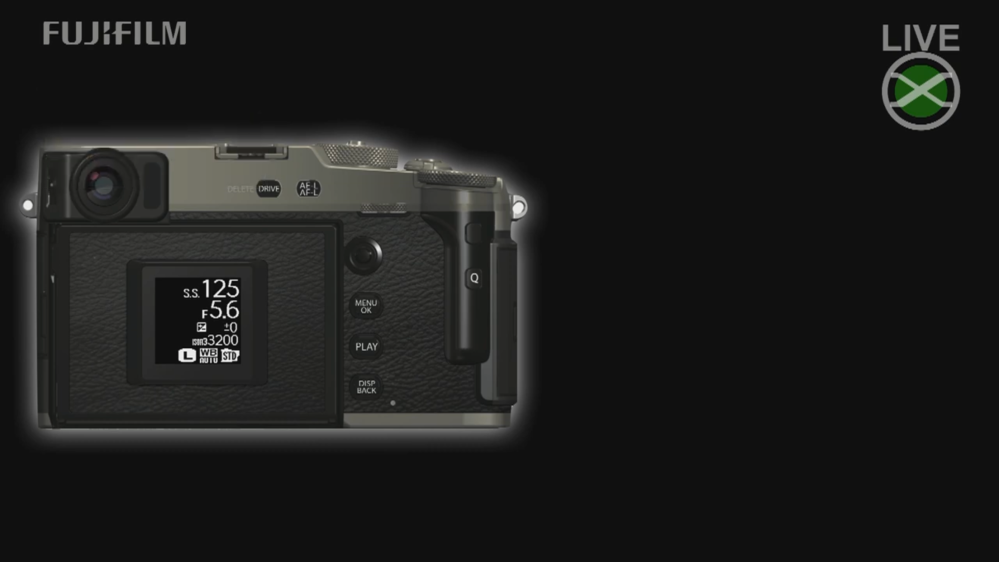 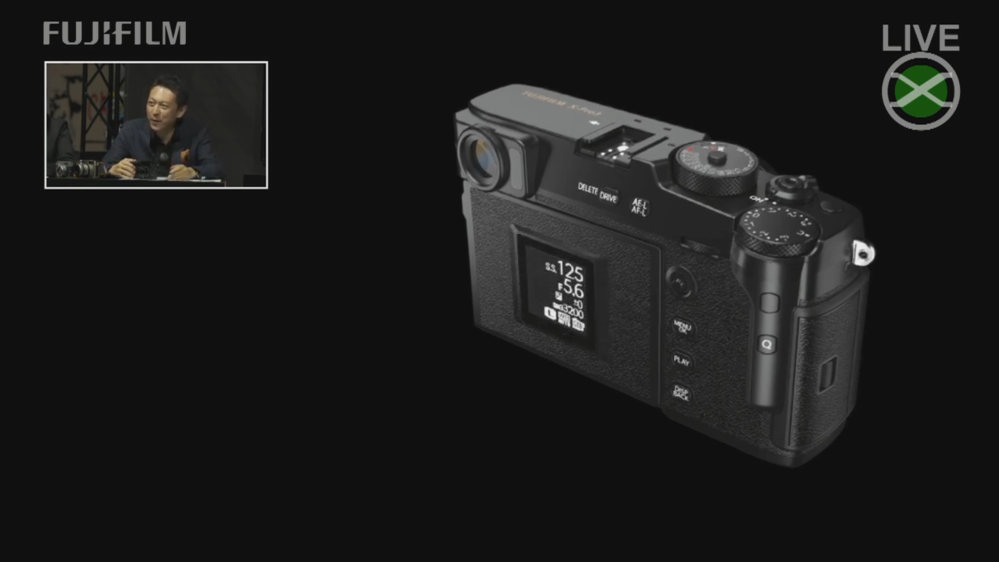 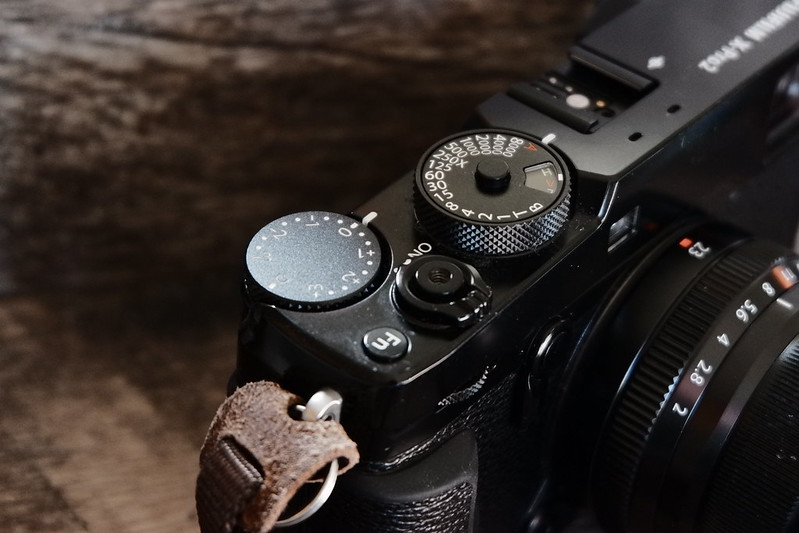 The upcoming X-Pro3 hasn’t been officially announced by Fujifilm, but aspects about the camera have been leaked, and it’s creating quite a stir. Word on the street is that sometime next month Fujifilm will make the official announcement and we’ll know all about the X-Pro3, but in the meantime we have only little glimpses of it, yet a picture of what this new iteration will be is becoming more clear, and more controversial.

Firstly, as has been widely reported across the web, the X-Pro3 will have an unusual rear screen. The X-Pro2 has a flat, non-flipping and non-touch LCD. The new version will have a flip screen, but mounted backwards. When up, you will see the black backside of the screen. To view the LCD, you will have to flip it down. When up, there will be some sort of mini screen that will display the film simulation and perhaps other information. The idea, I believe, is to literally hide the LCD from the user when in use, so that the photographer uses the viewfinder. You can flip the screen down 90° to shoot from the waist, or 180° to review your pictures. It’s highly unusual, and I imagine that most people won’t like it, but if you are looking for a film-camera-like experience, this could help replicate that a little more closely.

Another thing that will be different on the X-Pro3, according to FujiRumors, is it will not have a D-Pad. I’m a little surprised, as I think having both a focus-joystick and D-Pad is a premium feature, something that should absolutely be included on premium cameras. On the less-than-premium models, the D-Pad is removed in favor of touch-screen controls, which works well enough. My concern on the X-Pro3, when you make the touch screen less convenient by mounting it backwards, you should not make the use of it integral to the operating of the camera. The D-Pad solves that, so I’m curious how this is going to work on the new camera since Fujifilm removed it.

What I believe Fujifilm is attempting to do with the X-Pro3 is further separate it from the X-T3. The X-Pro2 and X-T2 are a lot alike, with the main difference being the body shape (SLR vs. rangefinder). Yes, the X-Pro2 has some things, such as the hybrid viewfinder, that the X-T2 doesn’t, and the X-T2 has some things, such as the rear tilt-screen, that the X-Pro2 doesn’t. But in reality they are 95% the same camera. The X-T2 is perhaps very slightly superior technically, while the X-Pro2 is, in my opinion, superior aesthetically, although some might disagree with both of those points. I think Fujifilm’s research shows that many of those who purchased an X-Pro1 or X-Pro2 did so because the camera reminds them of classic 35mm rangefinders, so Fujifilm is using that information to slightly alter the design to enhance that impression. While internally the X-Pro3 and X-T3 will be nearly identical, the shooting experience of the two cameras will be significantly different, and that’s what will separate the two models from each other. What camera you choose will depend on the experience that you desire. My guess is that most will choose the X-T3.

I can see a few possible scenarios regarding the X-Pro3. People might love the changes, find the backwards screen to be revolutionary, and the camera sells even better than previous models. Alternatively, it might be a total flop, as the design choices leave people confused and frustrated, and this might be the last of the X-Pro line, or perhaps an X-Pro3s is released next year with a normal flip screen. Most likely, a dedicated group loves the design while others don’t “get it” and buy a different camera instead, and the camera does about as well as previous versions have done. I suspect that the X-Pro3 will get plenty of attention, unfortunately much of it will be at least somewhat negative, and it won’t receive the high praise of the X-T3. But I also suspect that it will quietly have a cult following and do surprisingly well for itself. I know that I would gladly give it a chance, although budget constraints will likely prevent that from happening anytime soon. It will be interesting to see the final product and observe how well it does in the marketplace, and that time will come pretty quickly.