My Fujifilm journey began a little over one year ago when I purchased a four-year-old Fujifilm X-E1. I was getting into astrophotography and wanted something that had good high-ISO capabilities.

What I needed was a full-frame camera, but, you know, those are expensive. Like a lot of people, I’m not made of money and my photography budget is limited. My best alternative was a used Fuji X camera. Besides, I’d wanted to try the X-Trans sensor ever since it came out, but never had the chance.

When the X-E1 arrived I was blown away. Not only was it capable of good-looking high-ISO images, but it had excellent dynamic range and even made nice JPEGs (which would save me time from fiddling with RAW files). It was also designed extraordinarily well and the experience of using the camera reminded me of the best film cameras I shot with.

The X-E1 became the first digital camera that I could say I loved. It was an instant favorite!

Fujifilm introduced the new X-Trans III cameras beginning with the X-Pro2 last year. It was highly raved, and one thing in particular caught my attention: the straight-out-of-camera JPEGs looked wonderful. I wanted it, but I couldn’t afford it. I couldn’t justify buying it.

You might be asking yourself right now what the big deal is about good-looking camera-made JPEGs. That’s for amateurs, right? Pros use RAW, right? I’ll have a whole article on this in the coming weeks, but I’ll illustrate the importance of camera-made JPEGs by stating my rule of thumb when it comes to post-processing times.

If I shoot RAW, I can expect that for every one hour of shooting I’ll spend two or three hours in front of a computer post-processing the files (and that’s if I’m quick). With the X-E1 shooting JPEGs, I’ll occasionally get a perfect straight-out-of-camera JPEG that requires no editing, but most exposures need some post-processing. The ration is about 1:1, meaning that I can expect for every hour spent shooting I’ll spend an hour sitting in front of a computer editing. That’s a big difference in time!

From what I had seen with the X-Trans III cameras, people were getting excellent camera-made JPEGs that consistently required no editing. The idea of significantly cutting my time staring at a computer screen manipulating pictures was very appealing. I mean, let’s face it, the main reason people shoot RAW is because their cameras make crummy JPEGs. But that doesn’t have to be the case.

I’ve taken a few road trips recently. One frustrating part of that is lugging around a camera bag and changing lenses. This is especially cumbersome when you are also responsible for a rambunctious toddler. I thought that a pocket-sized fixed-lens camera would be much more ideal than having a camera around my neck plus a bag of extra gear in my hand. 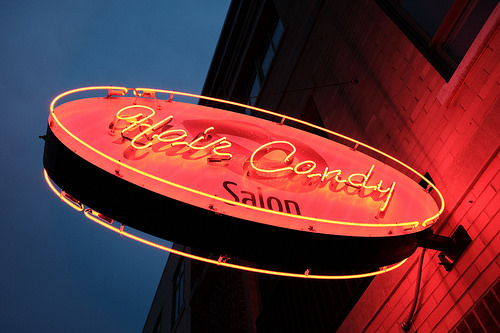 I didn’t want to replace the X-E1, I only wanted to supplement it. If I purchased an interchangeable lens camera, I wouldn’t use the X-E1 anymore. The X-Trans III camera model that I wanted to buy became obvious, and it was the X100F.

The opportunity to purchase a Fujifilm X100F came one month ago. I found a slightly used one with about 500 exposures on the shutter and in near perfect condition for $1,125. That was a lot for me to spend on one camera, but I felt it would be worth it in the long run.

I couldn’t be happier with the decision to buy the Fujifilm X100F. I’ll talk much more about this in the coming weeks, months and years. Stay tuned and be sure to check back often!