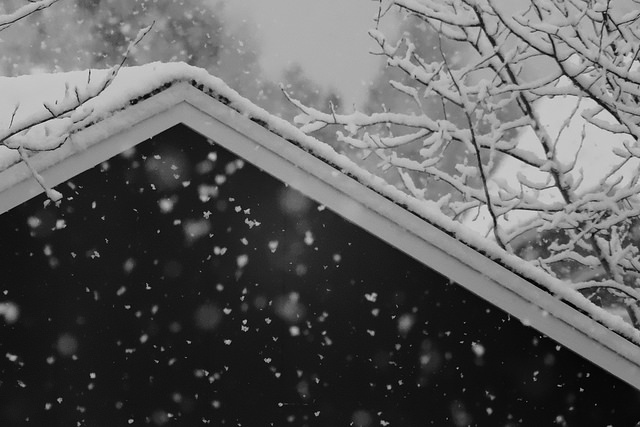 The noise reduction that Fujifilm applies to their JPEGs increases in strength as the ISO increases. The idea is to get pleasing results at ridiculously high ISOs. This shouldn’t surprise anyone, and I think it is true of all camera brands. I call it the noise reduction high-ISO curve.

Even if you set Noise Reduction to the lowest setting (-4 on my X100F and -2 on my X-A3), the camera is still applying some noise reduction. There’s no way to turn it completely off. I believe even in RAW there is a small amount of noise reduction that’s automatically being applied. As ISO increases, the noise reduction is applied more aggressively.

Digital noise is the modern equivalent of film grain, except that film grain is aesthetically far superior to noise. Fujifilm has programmed their cameras in such a way that the digital noise looks less digital and more analog-esque, and so it is more visually pleasant than what you find with other camera brands. Still, you don’t see very many people purposefully including noise in their photographs because they like the look of it (which you might see with film grain). Instead, most people try to eliminate it as much as practical.

I don’t mind some digital noise, especially if it’s from a Fujifilm camera because it looks a little more like film grain. I tend to lean more towards sharpness over cleanness. I’ll put up with more digital noise in a black-and-white image than a color image. For monochrome, I typically don’t mind going a stop higher in ISO.

The issue is that pesky noise reduction, which becomes stronger at higher ISOs, and it makes images softer, sometimes too soft. But I’ve found a simple workaround. The picture at the top, Snowfall, was purposefully underexposed by two-stops. I did this so that I could keep the ISO down to where noise reduction isn’t applied so heavily (in this case, ISO 3200). I used the camera’s built-in RAW editor to increase the exposure by two stops, and the results were superior to using the correct ISO (it would have been ISO 12800, which doesn’t look very good on the X-A3).

This isn’t a new idea. I used to do this same technique occasionally on my X-E1. Even on the X100F, it’s better to use ISO 6400 and underexpose one stop, converting the RAW file in-camera and increasing the exposure, than to use ISO 12800 and expose correctly. The difference isn’t dramatic, but there is a difference, as one image will be slightly softer than the other.

Understanding the noise reduction high-ISO curve allows you to make decisions to better achieve desired results when pushing the ISO envelope. It might be better to underexpose and then correct the exposure when converting the RAW file in-camera than to rely on the JPEG with the correct exposure. Perhaps you prefer the way the camera handles noise reduction. It’s all situation specific, and everyone has different tastes. Just know that you have options for handling noise reduction at high-ISO, including underexposure, so as to benefit from a less aggressive noise reduction algorithm.