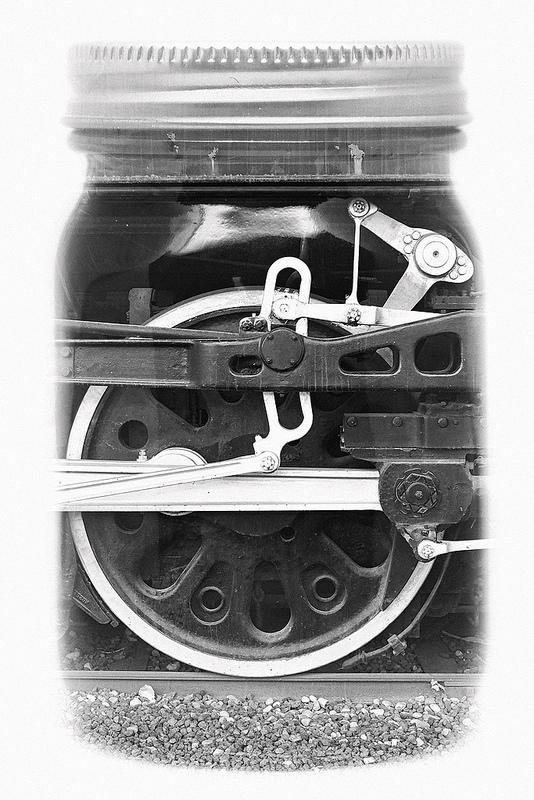 A little over two years ago I saw some interesting photographs by Christoffer Relander where he used double-exposure photography to capture rural landscapes inside of glass jars. I thought it was a neat concept, and I wanted to try my hand at something similar. I didn’t desire to do the exact same thing, so I decided that instead of rural landscapes I would put urban, architectural and industrial scenes inside the jars. I used a similar (but slightly different) technique than him, and I chose a different subject with a different intended meaning to differentiate my work from his.

It wasn’t long before Christoffer discovered my jar photographs, but the reaction that I received was not what I expected, and it wasn’t positive. He sent me a note to inform me that my photographs were too similar to his, and he asked me to stop making these types of pictures. He told me that my images went beyond inspiration and were, in fact, copycats. He didn’t appreciate that I was trying to steal his idea and ripoff his project, in his opinion.

I want to make it clear that I’m not writing this to bash Christoffer. I respect his amazing artistry. He does great work! He has a lot of talent and I wish him tons of success. I encourage you to check out his pictures. I wholeheartedly disagree with his sentiments and accusations, but that was two years ago and I’m no longer hurt by them. However, this is an important story for this discussion, and that’s why I’m bringing it up. 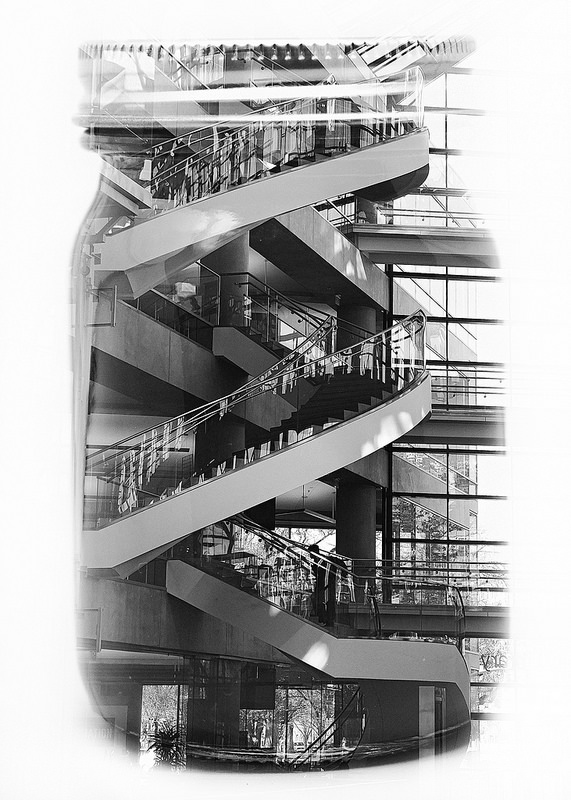 After receiving the note from Christoffer, one of the first things that I did was research photographers who have captured images of jars, paying special attention to those who did multiple-exposure pictures. As it turns out, his project is not completely unique, and I’m not surprised by this because there is very, very little art that’s truly original. Almost all art has taken inspiration from something else. There are a ton of examples of jar photographs, even more examples of rural landscape photographs, and many examples of multiple-exposure photography involving jars or rural landscapes. What Christoffer did that was for the most part unique was combine those elements together in one image. Almost nobody had done that before him. And almost nobody had combined multiple-exposure jar and urban/architectural/industrial pictures together when I did it.

Two years have passed since then, and I lost interest in the project awhile back because I let my feelings get in the way of creating art. In the meantime many other people have come along and done scene-in-a-jar double-exposure pictures. It’s much less unique now because once some technique or idea gets attention, others want to do it, too. That’s perfectly alright, since nothing is truly original. Imitation is the greatest form of flattery.

“Start copying what you love,” wrote Austin Kleon in his book Steal like an Artist. “Copy, copy, copy, copy. At the end of the copy you will find yourself.” He also articulated, “Every new idea is just a mashup or a remix of one or more previous ideas.” I could quote Austin all day, but it all boils down to this: there are very few if any truly new or unique ideas, and almost everything that you think is new or unique is not, so what you have to do is take a little from this person and a little from someone else and mix it with yourself to form something that seems original. 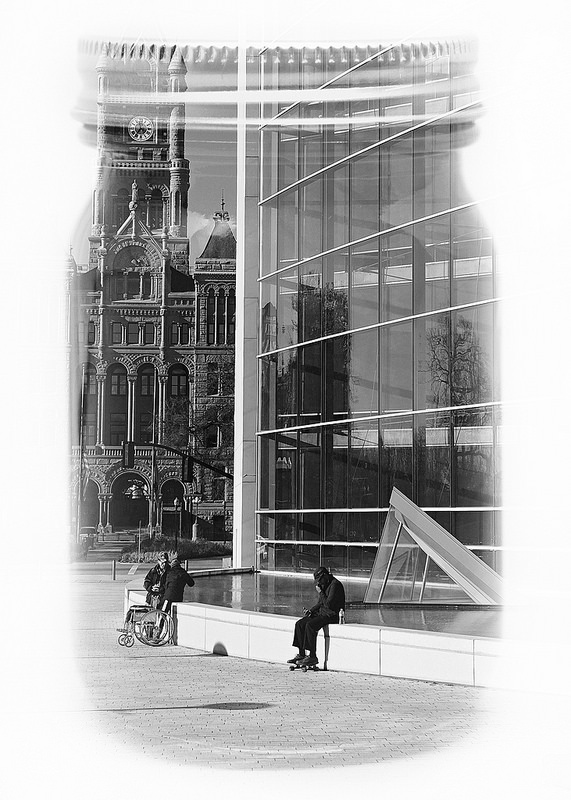 “Nothing is original,” explained actor and director Jim Jarmusch. “Steal from anywhere that resonates with inspiration or fuels your imagination. Devour old films, new films, music, books, paintings, photographs, poems, dreams, random conversations, architecture, bridges, street signs, trees, clouds, bodies of water, light and shadow. Select only things to steal from that speak directly to your soul. If you do this, your work (and theft) will be authentic. Authenticity is invaluable, originality is nonexistent.”

“The secret to creativity is knowing how to hide your sources,” Albert Einstein put it simply.

Creativity, which is a critical element for the artist photographer, is about stealing inspiration from whoever and wherever you can, mixing it all up and adding a little of your own unique perspective. Take a little from here. Take a little from over there. That’s what all creative people do. The secret is hiding your sources–not by lying, but by simply making it not so obvious who or what those sources are. My mistake was that I did not hide my sources very well, but Christoffer did a great job at hiding his sources, so I’m a copycat and he’s a genius.

There are two takeaways from this article that I hope you’ve discovered. The first is that it’s not only alright to copy others, it’s what you’re supposed to do, but with the caveat that you should mix in other influences and include a piece of yourself, as well. It’s not straight-up copying that you want to do, but stealing ideas and techniques and making them your own by including your unique perspectives. The second is that if you catch someone copying what you’re doing, don’t be offended! Take it as flattery. It’s a compliment. Besides, you stole it from someone else in the first place, so it’s not just you that’s being copied, it’s everyone who has influenced you and everyone who has influenced those who have influenced you. It’s all one big continuum, where everyone is copying everyone, and making beautiful photographs in the process. Go ahead and copy, and don’t feel bad about it for one moment, because without exception everyone steals inspiration from someone.