Have you heard? The Union Pacific Big Boy #4014 locomotive, along with the Union Pacific #844, are heading west out of Cheyenne, Wyoming, towards Ogden, Utah, for the 150th anniversary of the Golden Spike. The Big Boy locomotives were the largest steam locomotives ever built. Their service ended 60 years ago, and a few were kept in museums. None of them were operational, until now.

Five years ago my son and I drove across the Mojave desert to the dusty town of Barstow, California, to witness the U.P. Big Boy #4014 move from Los Angeles to Cheyenne where it was to be restored. People came out in droves to see the huge locomotive, even though it was being pulled by a diesel and could not move on its own. It was a neat event from a historical perspective. My son, Jon, who was only four-years-old at the time, still remembers it. 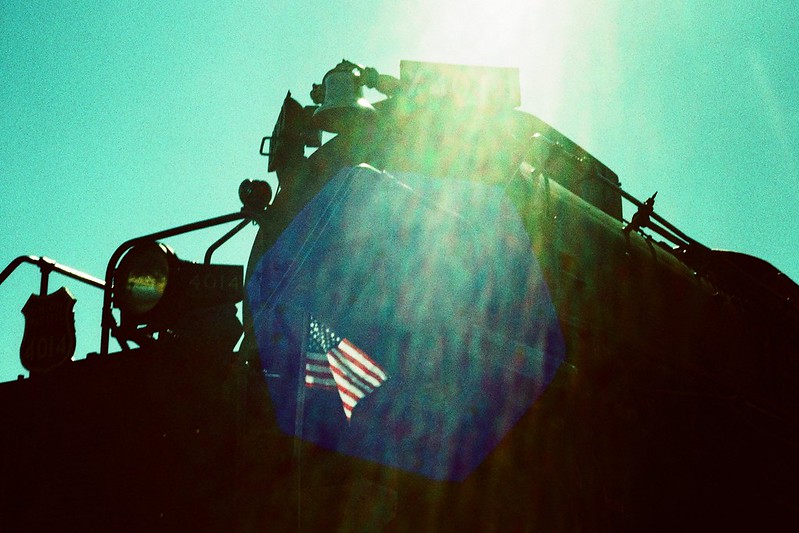 Three years after that, we saw the Union Pacific #844 at the Ogden Union Station. It’s not nearly as big as the Big Boy, but still large and impressive. A lot of people might be unaware that the Union Pacific still owns and operates steam locomotives. I knew this because many years ago I used to be a train dispatcher for the U.P. Railroad. They have three steam locomotives now: the Big Boy #4014, an almost-as-big Challenger #3985 (which currently doesn’t run because it is due for an overhaul), and the Northern #844, which was the very last steam locomotive delivered to the Union Pacific. The two that are currently in operation, the #4014 and the #844, left Cheyenne towards Ogden today.

Over the last five years the crew at the Cheyenne steam shops have been hard at work restoring the Big Boy to operation. And they completed it just barely in time for it to make the Golden Spike anniversary celebration, which marks 150 years since the completion of the first transcontinental railroad at Promontory, Utah. For those outside of Utah, this might not seem like a big event, but I can assure you there is a lot of buzz here! I look forward to seeing the two steam locomotives, and capturing a few pictures of the historic run. Most of all, I look forward to my kids witnessing the train, an event that will undoubtedly stick in their minds for many years to come. 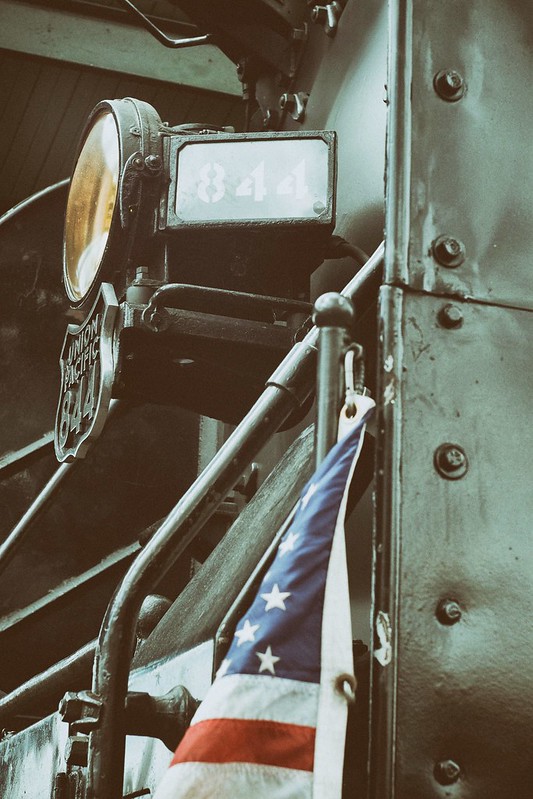 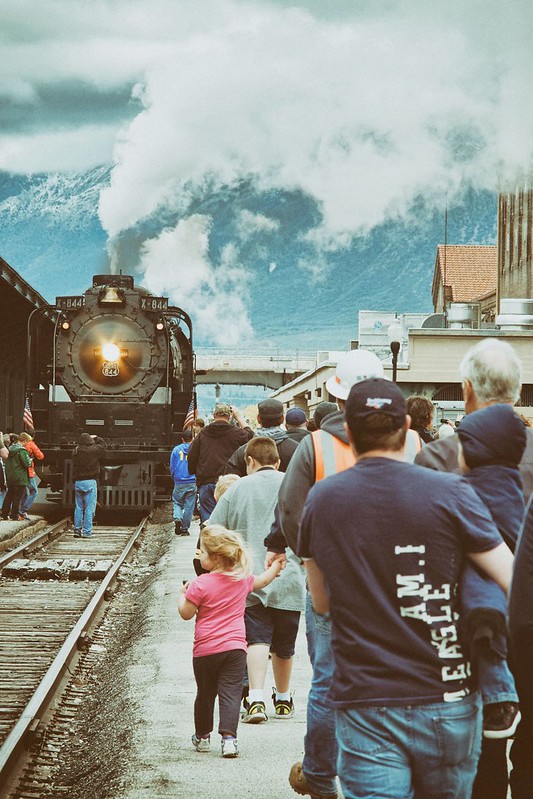