I surprised myself with how few images I captured in monochrome of Canyonlands National Park. During that visit I most often chose color, as the lighting made for wonderful color photographs, and I only went with black-and-white here and there. This is the opposite of what happened at Arches National Park earlier in the day, in which I chose monochrome more often because of the poor light. In general, I’m more drawn towards black-and-white photography, and so it was very unusual for me to focus so much on color.

Canyonlands was a  joy to photograph and I felt like I came away with some print-worthy exposures. The pictures in this post were mostly captured using my Fujifilm X-A3 with a Jupiter 21M lens attached, which is a good telephoto combination. I used the Monochrome+R film simulation, which isn’t as good as Acros, but the X-A3 doesn’t have Acros and so I couldn’t use it (the lone Fujifilm X100F image was captured using Acros). All of these photographs are straight-out-of-camera JPEGs, which I prefer because it saves me tons of time. A couple of them could have been slightly improved if I had edited the RAW exposure, but the JPEGs are certainly good enough in this case.

If I ever have the chance, I’d love to spend a week at Canyonlands National Park. I feel like I barely touched the surface of the potential photo opportunities there. It seems like a place that could provide plenty of portfolio material. It was just so breathtakingly beautiful and peaceful. I just can’t say enough about Canyonlands! If you ever have the chance to go, definitely go, you won’t be disappointed. 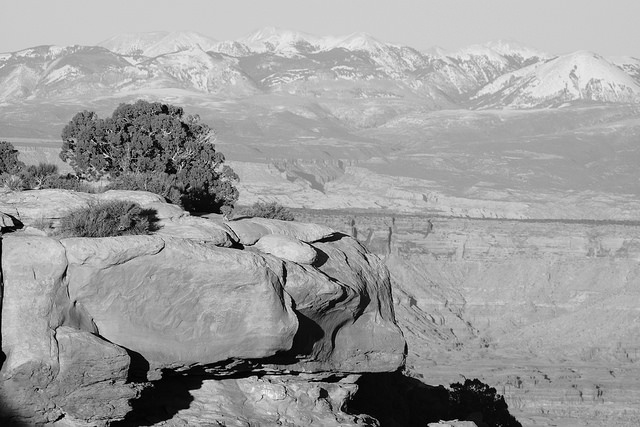 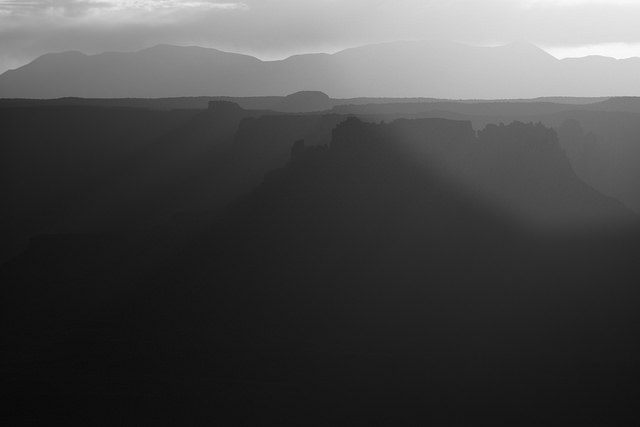