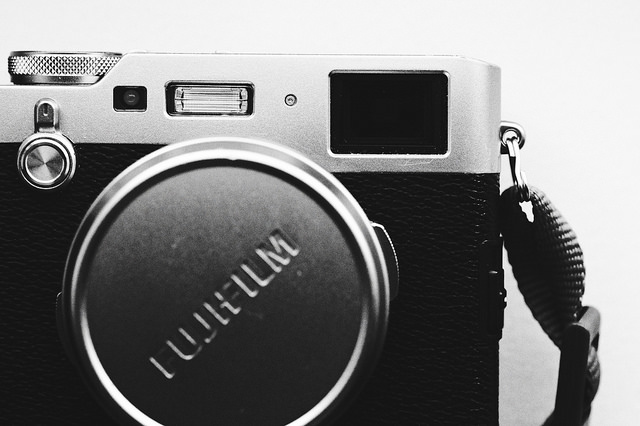 I’ve been asked several times lately which Fujifilm camera one should buy. People are looking for camera recommendations, and they’re interested in my advice. Since it’s December and Christmas is right around the corner this is something that’s on many people’s minds. I don’t necessarily like giving my opinion on this because everyone’s wants and needs are different, so what would be great for one person might not be for another, but I will do my best since it is a topic of interest for some of you out there.

Fujifilm makes many different cameras with many different features because the wants, needs and budgets of photographers can vary greatly. There is, however, one camera that’s easy to recommend, and that’s the Fujifilm X-T20. This is a great all-around middle-road offering that’s rich on features, not too expensive and a great choice no matter your skill or budget. The X-T20 is a camera that’s easy to suggest to anyone.

If you’re thinking that the X-T20 is not high-end enough for you, there are four great alternatives: the X-T2, the X-Pro2, the X-H1 and the X-T3. The X-T2 is the best bargain of the four, the X-Pro2 is my personal favorite of the four, the X-H1 is the only one with in-body-image-stabilization, and the X-T3 is the latest and greatest. If video capabilities are important, the X-H1 and the X-T3 are your best bets. If you want the very best, that’s probably the X-T3, although I’d argue that any of the four could be “best” for different reasons.

If you’re thinking that the X-T20 is too expensive, you have three good options: the X-T100, the X-A5 and the X-A3. These three cameras have a traditional Bayer sensor instead of an X-Trans sensor and have a more basic processor, but they are still good cameras that are capable of excellent image quality. The X-T100 is the best of the bunch, but even the X-A3, which is a couple of years old now, is a great low-budget option and perhaps the best choice for someone’s very first interchangeable-lens camera.

There are a few alternatives to the X-T20 that I haven’t mentioned yet. The first is the X-E3, which is very similar to the X-T20 but with a different design and slightly different features. The X-E3 would be my second-place recommendation and is definitely worth taking a look at. Next is the X100F, which is a fixed-lens camera that is quite excellent and easy to love, but it might not be for everyone. Perhaps it is a good gift option for the photographer who has everything. Finally, there is the XF10, which is also a fixed-lens camera but is on the bargain end of things. It’s the smallest camera mentioned in this article (and one of the cheapest, too), yet it is capable of capturing beautiful pictures.

There, you have it! If you are camera shopping, look first at the X-T20, then decide from there if you need to move up to the more expensive models, move down to the cheaper models, or look at one of the other alternatives. You really can’t go wrong with any of the cameras, because they could all serve a purpose no matter who you are, but I think the middle is a good place to begin a search.

Alternatively, buying an older model second-hand isn’t a bad idea at all. My first Fujifilm camera was a used X-E1, which I captured many great pictures with. It’s very much a capable camera today. There are a lot of great Fujifilm models that are a little older, but are still good quality cameras, such as the X-T1, X-T10, X-E2 (with or without the “s”), X-Pro1, X70, X100T, etc. You can get a used model that’s not quite as good as what’s brand new but not all that far from it either, for significantly less money.

You might be wondering about the photographs above. I purposefully didn’t label what camera they were captured with because I wanted it to be a surprise at the end. The picture Stark Salt towards the top was shot with a Fujifilm X-A3, which is an incredibly cheap camera right now because it’s not the latest model. The next image, Snake River Fog, which is one of my all-time favorites that I have hung on my wall at home, was captured using a Fujifilm X-E1. The last picture, Keyhole Monochrome, was shot using a Fujifilm XF10. These three cameras can be found for $500 or less, which demonstrates that even the cheapest options are still good options. It’s never about how expensive your camera is, it’s always about how you use what you have.